Street art is probably one of the most unrestricted forms of expression, existing without the confines of the formal art world. Street artists have the freedom to create and express their thoughts and ideas while communicating directly with the general public.

The street art movement slowly emerged in France during the 60's with a few “rebel” artists such as Gerard Zlotykamien and Ernest Pignon-Ernest. These artists felt forced to turn to the streets in order to express themselves and their political views. Ernest’s first street works were a direct reaction to France’s involvement with the nuclear strike force on Hiroshima and Nagasaki.

During the 70’s, this form of urban art exploded onto the streets of the United States, and, over time, became visually attractive to the public who started becoming curious about particular artists, styles or messages.

These, often anonymous depictions, drawings and paintings in urban public places have slowly over the last forty years undergone a major transformation in public opinion, becoming socially accepted and respected as forms of art. However, now a new form of street artists has emerged…artists who want to be ‘known’ and for their work to adorn not only public spaces but also the private walls of our homes.

This is what X art will show you. 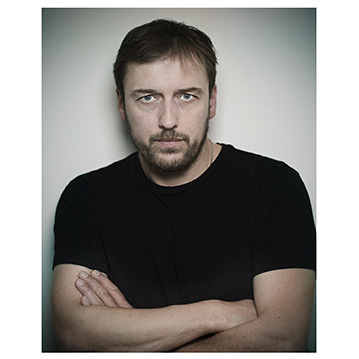 Cedric Godin is an award-winning filmmaker from Belgium living between Paris and Los Angeles. Cedric was born in Mons, Belgium in 1973.

After obtaining an art degree from the Royal Academy of Mons, he moved to Paris to pursue a career in cinema.

For the next 9 years, he travels the world with the singer on tour, filming over 200 shows. In 2012, during a trip to Los Angeles, he takes part in a friend’s film project, a move which inspires him to fulfill his dream of Filmmaking.

This debut work explores how individuals are affected by the ever-changing
circumstances of a fast-moving society. This first film PTSD won best film and best actor awards at the New York Chelsea film festival in 2015.

He is currently presenting his latest film, X art, which won the best editing award at the Amsterdam International Filmmaker Festival (IFF).